Father of French Woman Abducted in Yemen Appeals to Kidnappers 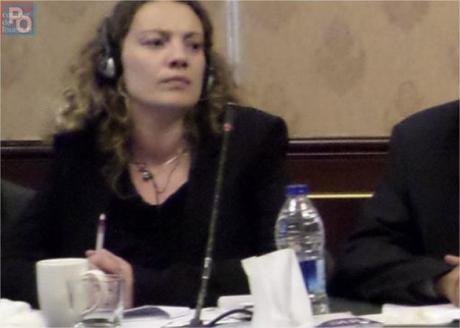 The father of a French woman taken hostage in Yemen on Thursday called on her kidnappers "to show their humanity" and release her free along with the Yemenite woman taken at the same time.

"We face up to this challenge with confidence, and we are staying close to the French authorities with whom we are in permanent contact and who we know are determined to see our daughter set free," Jean-Noel Prime said in a statement sent to Agence France-Presse.

Isabelle Prime, 30, worked as a consultant on a World Bank-funded project.

Unidentified gunmen dressed as police officers seized her along with her translator Sherine Makkaoui from a car in the capital on Tuesday.

"Isabelle loved Yemen and wished to continue her work even in difficult conditions," said Jean-Noel Prime.

He described his daughter's work as "social and for the benefit of Yemen's people."

"I have been living a nightmare for the past two days," he told AFP by phone.

French Foreign Minister Laurent Fabius said Paris was making "every effort" to reach Prime's kidnappers, while the abducted Yemeni's family said contacts had been made with tribal chiefs and the Shiite militia known as Huthis.

Efforts to secure their release have been complicated by the political chaos in Sanaa, where the Huthis stormed to power last year, and where most Western countries have shut their embassies over security fears.