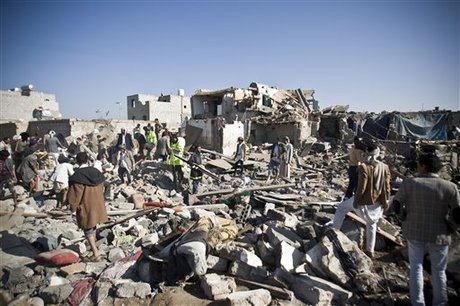 Tajikistan is seeking to evacuate some 100 medical workers and their families from Yemen, where a Saudi-led coalition has launched air strikes against rebels, the foreign ministry said on Friday.

"All possible measures are being taken for the emergency evacuation of Tajik citizens from war-torn Yemen," Abulfaiz Atoev, a foreign ministry spokesperson, told AFP.

He said Tajikistan, which has no embassy in Yemen, was in "close contact" with the Russian recruitment agencies through which the Tajik medical workers had found jobs in the country.

Relatively higher salaries for medical professionals in Yemen have driven doctors and nurses from the impoverished Central Asian country to work there, despite significant risks.

Last month, a female nurse, Gulrukhsor Rofieva, returned to Tajikistan after being held captive for over 100 days by Yemeni tribesmen.

A Tajik citizen based in Sanaa, using her first name, Shakhnoza, called the air strikes "horrific" in quotes carried by Tajik media on Friday.

"The bombardment continued from 2:00 am to 9:00 am. Our family hid in the basement all night. It has become very dangerous to live here - we want to return home," she was quoted as saying.

The Saudi-led campaign is targeting Huthi Shiite rebels who are in control of the capital.

Tajikistan is the most remittance-dependent country in the world according to the World Bank, with the money sent home by migrants equivalent to almost half of GDP.