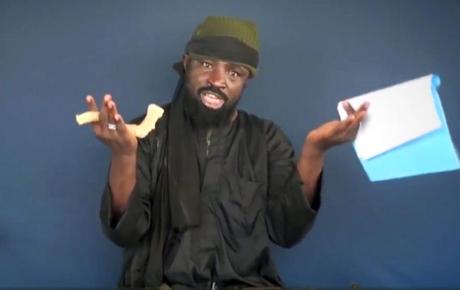 At least four people were killed Saturday when suspected Boko Haram fighters raided a local market in a village near the northeast Nigerian city of Maiduguri, security sources said.

The attackers looted food stores and took away livestock from the market before fleeing into the bush, said the security official, ‎who asked not to be named.

"It was obvious they were looking for food to replenish their supplies because they didn't target residents as they normally would," the official said.

The attack on the village was the sixth in as many months, according to vigilantes in the area.

Troops and vigilantes mobilised from the nearby town of Konduga ‎to the village but the attackers left before the troops arrived, said Abubakar Sani, who was among the vigilantes that accompanied troops to the village.

"When we reached Kayamla the gunmen had left," Sani said.

"We found four dead traders in the deserted market and we were told by residents that the attackers took away food supplies and livestock," he said.

This was the first Boko Haram raid in a few days, although an explosion outside a bus station in the northeastern city of Gombe on Thursday that killed 10 people was blamed on the Islamists‎.

Last Saturday Nigeria held presidential and parliamentary elections that were generally peaceful despite Islamist attacks on polling stations in parts of the northeast that killed nine voters.