Jumblat on Anniversary of Syrian Withdrawal: We Look forward to Army that Controls War, Peace Decisions 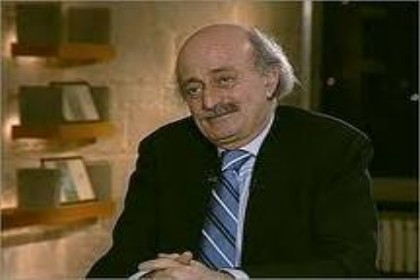 Progressive Socialist Party leader MP Walid Jumblat hoped on the tenth anniversary of the withdrawal of Syrian troops from Lebanon for the implementation of the Baabda Declaration that would grant the army complete power over decisions of war and peace.

He said in his weekly editorial in the PSP-affiliated al-Anbaa website: “We look forward to the day when we celebrate the existence of a single central authority that oversees all others.”

“We look forward to the presence of an army that alone has the power of war and peace,” noted the MP.

This can be achieved through the actual implementation of the Baabda Declaration, he explained.

“It is time to once again prevent Lebanon from being an open ground for regional interests,” stated Jumblat.

The Baabda Declaration was approved during a national dialogue session in June 2013.

It calls for Lebanon to distance itself from regional conflicts.

Addressing campaigns against the United Arab Emirates, Jumblat added: “Lebanon can do without problems of deporting Lebanese from the Arab Gulf.”

“These expatriates are presenting major contributions to Lebanon's social and economic durability,” he stressed.

“The UAE had long stood by Lebanon during hard times and it has and still is harboring tens of thousands of Lebanese expatriates,” he stressed.

Syria withdrew its troops from Lebanon in April 2005 in the wake of local and international pressure following the February 2005 assassination of former Premier Rafik Hariri.

And the Lebanese people look forward to the day that shameful amnesty is revoked and war lords like Jumblat are locked up in prison where they belong.

As the Lebanese people look forward to the day that shameful amnesty offered criminal of the Lebanese civil war revoked, and war lords like Jumblat locked up once and for all.

Walid, quit reminding flamethrower of the worst day in his life!

hahahaha! You see how you are somesingly anazar!! My boss adores you and he thinks you should work for google maps because of your unique sense of direction. Somesing Anazar flamesrower:)

We Look forward to Army that Controls War, Peace Decisions .......

So why are you enabling HA through your psuedo alliance with them born out of fearing them?

Tric, in a previous life, Walid was Vasco De Gama, no one told you?