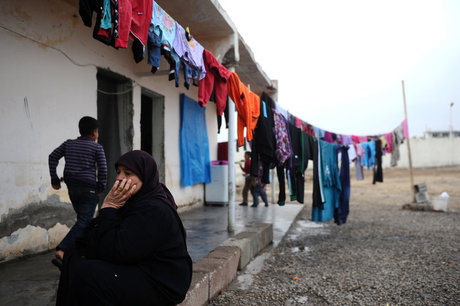 The Turkish military has started building a concrete wall along the border with Syria following a series of attacks, state media said Friday.

The Turkish Armed Forces (TSK) is building the three meter (10 feet) high wall in the Reyhanli district of Hatay province just across from the Syrian town of Atmeh, the official Anatolia news agency said.

The military is also digging ditches just behind the wall, which will stretch eight kilometers (five miles), Anatolia said.

A bombing killed 33 people in a mainly Kurdish town in southern Turkey on July 20, ending a truce between Ankara and the rebel Kurdistan Workers' Party (PKK), which is active in southeastern Turkey.

The toll rose overnight when one of the wounded succumbed to his wounds in hospital.

Turkey said the attack was carried out by the IS group, and launched a two-pronged offensive to bomb its militants in Syria as well as PKK rebels in northern Iraq and southeast Turkey.

So far, the operation has focused largely on Kurdish rebels, who have responded by tearing up a 2013 ceasefire and waging a bloody campaign against the security forces.

Hatay is home to thousands of the roughly 1.8 million Syrian refugees who have fled to Turkey to escape the violence at home.

Turkey has angrily denied allegations it had failed to do enough to prevent Islamist militants crossing its border. But in recent months it has stepped up security, arresting hundreds of suspected jihadists.