Azerbaijan Sentences Three to Prison for Fighting in Syria 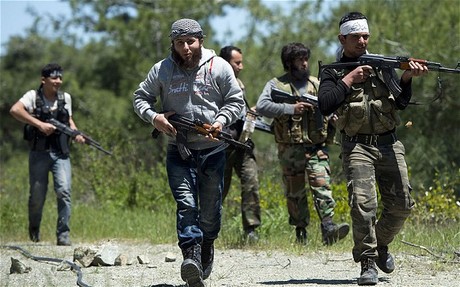 A court in ex-Soviet Azerbaijan on Wednesday slapped jail terms of between 12 and 14 years on three men for fighting in Syria, a source familiar with the case told AFP.

Bakhtiyar Shahbazi and Sadig Mamedzade got 14 years while Shahbazi's son, Bahruz, was handed 12 years after having been found guilty of taking part in an armed conflict outside their country.

The three were among 10 people arrested on suspicion of fighting in Syria in January.

Last month, the energy-rich South Caucasian country sentenced 10 others to prison for fighting alongside the Islamic State, which has seized swathes of territory in Syria and Iraq.

In September 2014, Azerbaijan's security ministry said it had arrested 26 men for setting up "illegal armed groups and supplying them with weapons" in Pakistan, Syria and Iraq, with some of them fighting in the ranks of the Islamic State.

Some of the 26 first joined Taliban-affiliated groups in Pakistan and then moved to Syria, while others arrived in Syria via Turkey, Azerbaijan's security ministry said at the time.

Media in the predominantly Muslim but secular country had previously reported numerous cases of citizens fighting in Syria, including within the Jaish al-Muhajireen wal Ansar group consisting mostly of Islamists from the former Soviet Union.