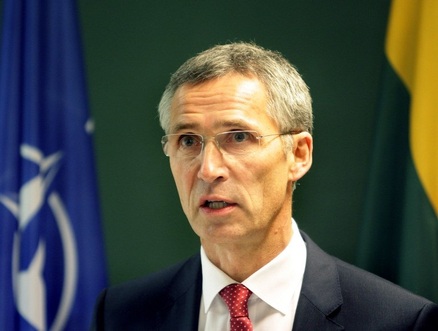 NATO Secretary General Jens Stoltenberg on Tuesday voiced concern over reports of a Russian military build-up in Syria, warning that any support for Bashar Assad would escalate the bloody conflict.

"Yes, I am concerned by reports that Russia may have deployed military personnel and aircraft to Syria," Stoltenberg said in a public question and answer session on his Facebook page, in response to a question submitted by AFP.

"Any military support to the Assad regime could further escalate the conflict, leading to the loss of more innocent lives," he said.

His comment came hours after NATO member Bulgaria said it had refused permission to Russian planes to cross its airspace late last week, amid growing U.S. fears that Moscow is boosting military support to Assad.

U.S. Secretary of State John Kerry called his Russian counterpart Sergei Lavrov at the weekend to warn of the dangers of stoking a conflict which has already cost nearly 250,000 lives.

Russia rejects the charge, insisting that any arms deliveries are in keeping with its traditional links to long-time ally Syrian President Bashar Assad.

Stoltenberg said in reply to another question that he believed the Islamic State militant group "poses a grave threat to the Iraqi people, to the Syrian people, to the region, to our nations."

Some 11 million Syrians have been forced from their homes since the conflict began in 2011, with four million seeking refuge abroad, especially in the European Union.

"NATO is working with its partners in the Middle East, in North Africa ... to help stabilize them, so they can secure their own countries and their own region," he said.

Most of NATO's 28 member states play an active role in the U.S.-led anti-IS coalition but the alliance itself is not directly involved.

Turning to Ukraine, Stoltenberg said he was encouraged by recent signs that a February ceasefire was finally being observed as the U.N. put the death toll in fighting between government and pro-Russian rebels at nearly 8,000.

"I am encouraged by reports that the ceasefire is generally holding but the situation remains fragile. I welcome the renewed commitment to a sustainable ceasefire in eastern Ukraine," he said.

He also confirmed that he would be making his first visit as NATO secretary General to alliance partner Ukraine shortly, a visit which will "reinforce cooperation in many areas".

NATO has responded to the Ukraine crisis and Russia's annexation of Crimea by increasing its readiness posture and rotating troops and equipment through its newer eastern members, who were once controlled from Moscow and now fear it wants to do so again.

NATO leaders offered Ukraine membership in 2008 but Kiev dropped the option in 2010 only to revive it recently as the crisis with Russia has deepened.

But not worried about ISIS buildup in the region...