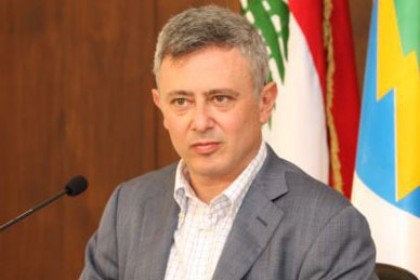 After more than a year of failing to elect a president, Lebanon's fractured politicians may finally be rallying behind a candidate – Suleiman Franjieh, a childhood friend of Syria's leader Bashar Assad.

Franjieh, who would become the first Lebanese president who was a child during the country's 15-year civil war, has made no secret of his close ties to Assad.

But his potential candidacy is coming as a surprise to many in a country that has been roiled by the war in Syria next door and that has seen major efforts in recent years to reduce longstanding Syrian influence.

Lebanon's presidency has been vacant since May 2014, with the country's chronically divided parliament unable to agree on a successor to Michel Suleiman after his term expired.

But in recent weeks a new consensus appears to be emerging, with al-Mustaqbal movement leader ex-PM Saad Hariri meeting Marada movement chief Franjieh in Paris and the Lebanese press swiftly anointing the 50-year-old the leading candidate for the presidency.

Like many of Lebanon's prominent political figures, Franjieh hails from a storied dynasty and has been deeply affected by the civil war, which began when he was 10.

Franjieh's grandfather, his namesake, was president when the war began and in May 1976 called on the Syrian army to intervene in the conflict to repel an offensive by Palestinian, leftist and Muslim militias against embattled Christian forces.

The appeal opened the door for a controversial Syrian presence in Lebanon that only ended in 2005, after the assassination of Hariri's father, former prime minister Rafik Hariri, whose death many in Lebanon blamed on the Syrian regime.

In 1978, Franjieh's father Tony, along with his mother and sister, were murdered by rival Christian fighters in an attack he survived because he was elsewhere in the country at the time.

His potential rival Lebanese Forces leader Samir Geagea was accused of carrying out the attack, during which he was reportedly wounded in the hand.

Franjieh left school at 17 to become head of Marada, at the time a militia movement.

He was elected to parliament in 1991 and reelected multiple times in Zgharta, his family's traditional fiefdom in northern Lebanon.

"He is of the war generation and was a victim himself because he lost his relatives," said Hilal Khashan, head of the political science department at the American University of Beirut.

"He saw Lebanon in all the stages of the war and he will be careful, like those of his generation, not to repeat it," Khashan added.

He said Franjieh's chances of becoming president appeared good because "he is a pan-Arabist, which appeals to the Sunnis, and he is supported by the Americans, the Russians, the French, the Saudis, and even the Iranians and Syrians."

Lebanese media have also speculated that Franjieh's elevation to the presidency may be part of a deal that will see Hariri, in self-imposed exile since 2011, return to the country as prime minister, a post reserved for Sunnis.

Asked about Franjieh's candidacy after talks with French President Francois Hollande in Paris Thursday, Hariri said: "There are ongoing dialogues and the atmosphere is positive, hopefully, and the coming days will show that Lebanon will be fine."

Franjieh's family has long been close to the Assad clan, with his grandfather known for his warm relations with former Syrian president Hafez Assad.

Franjieh has been open about his friendship with Bashar, whom he has known since their youth.

"I'm a friend of President Bashar Assad and I am proud of that under all circumstances," he said in a 2010 interview.

More recently, he praised Syria's "resistance" during its nearly five-year conflict, saying they "had not backed down, despite the global war against his country."

Franjieh's presumptive candidacy has raised eyebrows in some quarters because of his close ties to Syria.

Damascus' 30-year presence in Lebanon ended only after massive demonstrations following Rafik Hariri's assassination, and many view Franjieh as a return to Syrian interference in its smaller neighbor.

Sahar Atrache, a senior analyst at the International Crisis Group, said it was "surprising to see Franjieh proposed as a presidential candidate given his friendship with Assad."

His election could "put Lebanon once again in the Syrian sphere of influence," she said.

if frangieh becomes the next president it will be devastating for samir geagea and the beginning of the end for the march 14 coalition.

Once again you provide history, culture, and mix them to produce a geopolitical masterpiece. Bravo to you and to Alien.

Franjieh left school at 17 to become head of Marada, at the time a militia movement.

That says it all. The Lebanese do not deserve any better.

The article is flattering towards Franjieh. The man did not finish "certifica" and he became a militia head at the age of 15 not 17.

Ofcourse Geagea rejects Franjieh, he murdered Tony Franjieh and the whole family in Ehden, now he fears the son will be President.

Actually geagea had been injured before he ever got to Tony's estate, Ellie houbeika the other leader of the group was not. You guys seem to forget that tony was harbering the murderers of joud el beye3 and that the operation to get them and to retaliate was ordered and prepared by sheikh Bashir, Fouad Abi Nader and LF etat major. Besides the raiding party passed a bunch of Syrian army checkpoints on the way to Eden and were let through, I guess an intra Christian was suits hafez just fine.

tric, Aoun is still a candidate don't worry. Franjieh have also said himself that he backs Aouns candidacy.

texas: if he becomes president it would only reflect the current lebanese state = led by inefficient illeterate mafiosi and gang leaders...

pity Lebanon to be ruled by mafiosi only obsessed by power and money...

agreed peace... i cannot understand it...

Now that TRIC TRAC is back, Lebanon is saved from the Cristhians Mecca

Basil couldn't even get himself elected president of the FPM without his father in law strong arm tactic torpedoed the elections and appointed him. But you should be happy tricdahieh, Frangieh will I'm sure popularize your type of English.

and in comparison to aoun or bassil that's a step up.

Mecca you say. But truc, Franjieh seem to have the support of cardinal Rahi as we saw yesterday, Is the cardinal also a puppet of Mecca and working to destroy the Crithian influence in Lebanon?

The Marada blew up Maya Gemayel in retaliation, they knew exactly who was behind Ehden. Actions speak louder than rewritten OTV histories.

During war Syrian soldiers shot in the back the Lebanese army in baabda that Aoun lead and Hezbollah support until this day..we are forgetting that Sleiman killed Joud El Baye3 the trigger of the assisinations of Tony, we are forgetting that every family was hiding their girls in Zgharta and Batroun because the teenager Slumein was running a militia and chasing girls at the beaches in Cheka and Eden/Zgharta...
Also who is hiding the killers of the innocent civilian in front of the Iranian embassy? It is an exact crime as killing Danny chamo3oun family.