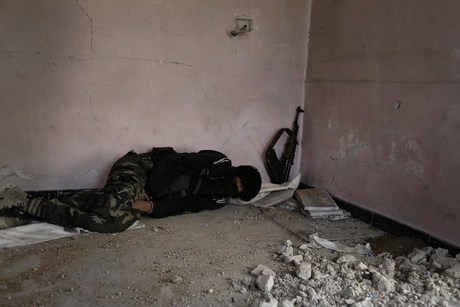 The death toll in areas of Syria outside jihadist control has fallen sharply since a ceasefire went into effect at the weekend, a monitoring group said on Monday.

Twenty people were killed on Saturday, the first day of the truce, in areas where the Islamic State extremist group is not present, the Syrian Observatory for Human Rights said.

The average daily death toll for February was 120, he added.

The complex truce deal does not apply to areas controlled by the Islamic State group or its jihadist rival, the al-Qaida-linked al-Nusra Front, where air strikes and ground fighting have continued.

It is the first major break in the devastating five-year conflict and has been largely holding despite accusations of violations.

More than 270,000 people have been killed since the conflict erupted with anti-government protests in March 2011.