Death Toll of U.S. Anti-Qaida Raid in Yemen Jumps to 71 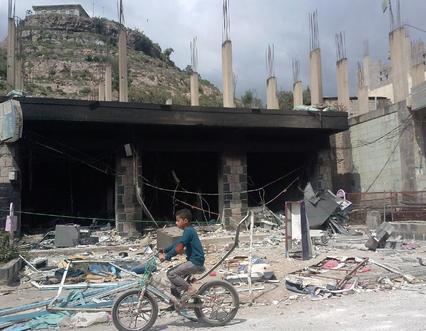 "The toll from Tuesday's US strike has risen to 71 dead and 28 wounded" among recruits of Al-Qaida in the Arabian Peninsula (AQAP), one official told AFP, requesting anonymity.

Another provincial official and tribal sources had Wednesday given a toll of at least 40 militants killed and 25 wounded in the raid on an AQAP training camp in Hajr, in the southeastern province of Hadramawt.

AQAP, which has long been entrenched in Yemen, is regarded by Washington as the network's most dangerous branch, and it has carried out deadly attacks on the West in the past.

The Pentagon has said it believes that "dozens" of militants were killed in the strike.

Another provincial official confirmed the new toll, while a tribal source said 29 of those were AQAP recruits from neighboring Abyan province.

Al-Qaida has taken advantage of Yemen's war between Iran-backed rebels and pro-government forces backed by a Saudi-led Arab coalition to expand in the south, seizing parts of Hadramawt including its provincial capital Mukalla in April last year.