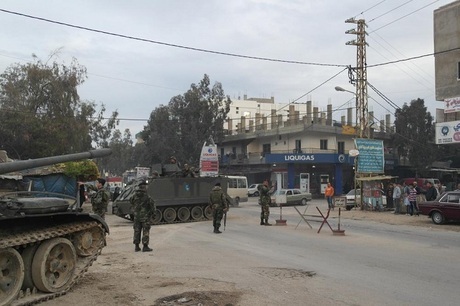 One man was killed and another was wounded during a police raid in the outskirts of the town of Fnaideq in Akkar, the state-run National News Agency reported on Monday.

An exchange of fire between the two sides led to the killing of al-Tarsha and wounding First Adjutant Khaled B.

He was taken to the hospital for treatment.