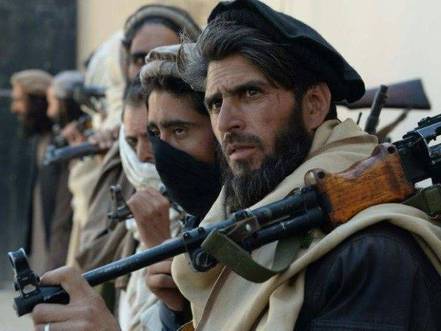 The Taliban have released more than two dozen hostages pulled from their vehicles on a highway in southern Afghanistan, officials said Wednesday, a day after they were abducted by the militants.

The passengers were kidnapped in Washer district of volatile Helmand province as they were travelling on a bus and two trucks from southern Kandahar to western Herat province on Tuesday.

"There were 25 people taken by Taliban, all of them are released and will be sent to their homes," Aqa Noor Kentoz police chief of Helmand told Agence France Presse.

"The five last hostages were released this morning after tribal elders intervened," he said.

The majority of the hostages had been released Tuesday evening, Omar Zwak, spokesman for the governor of Helmand, told AFP earlier, with an army statement saying they were freed in an operation in Marja district.

But the Taliban denied the claim, with spokesman Qari Yousuf Ahmadi telling AFP they decided to free the hostages after they were found to be "innocent".

The insurgents had earlier said they were targeting Afghan government officials aboard the vehicles.

Highways in Afghanistan passing through insurgency-prone areas have become exceedingly dangerous, with the Taliban and other armed groups frequently kidnapping or killing travellers.

Earlier this month, gunmen abducted 40 people in northern Kunduz province, releasing some later, but an unknown number of others remain in Taliban captivity.