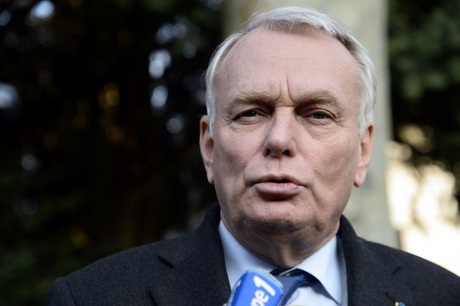 "It was important to condemn the coup in Turkey. That is the least we can do," Jean-Marc Ayrault told France 3 television.

But he also warned Erdogan against using the abortive putsch as a pretext for clamping down on his opponents.

"We want the rule of law to work properly in Turkey," Ayrault said, warning: "This is not a blank check for Mr. Erdogan."

This view was echoed by Ayrault's Austrian counterpart, Sebastian Kurz, who said Erdogan should not "misuse" the coup as "a carte blanche to do whatever he wants."

Their remarks came as Turkish authorities continued a crackdown over the coup, arresting over 6,000 people accused of involvement in the putsch or of supporting the coup plotters.

"There must not be a purge. Those who dealt a blow to democracy must be be prosecuted within the framework of the rule of law," Ayrault said.

Questioned about Turkey's reliability in the U.S.-led coalition against the Islamic State group, Ayrault described the NATO member as a "great country" and ally but said the events of the past two days did "raise questions."

"There's (the question of) reliability on the one hand and, indeed, an element of suspicion on the other," he said.

The foreign ministry later insisted Ayrault had not meant to question Turkey's dependability in the fight against IS, which has been blamed for several major attacks in both Turkey and France in the past year.

Mind your own business!

A terrorist attack in Paris gave you a blank check to send your aircraft carriers and jets to bomb the Syrian people. Don't give others lessons in morals you hypocrites!