2 Syrians Held in Southern Town for Belonging to IS 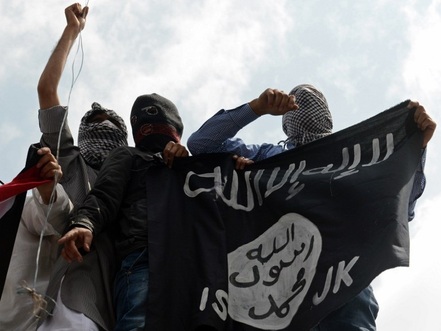 The two are accused of “belonging to the Islamic State group and communicating with IS officials,” it said.

They were referred to the relevant security authorities, NNA added.

The army launched an unprecedented crackdown on suspected extremist cells in the country in the wake of the multiple suicide bombings that rocked the Christian border town of al-Qaa.

Militants from the IS and Fateh al-Sham Front – formerly known as al-Nusra Front -- are entrenched in rugged areas along the undemarcated Lebanese-Syrian border. The two groups briefly overran the Bekaa town of Arsal in August 2014 before being ousted by the army after days of deadly battles.

The two groups have also claimed responsibility for several deadly bombings inside Lebanon and for rocket attacks on areas in the Bekaa.