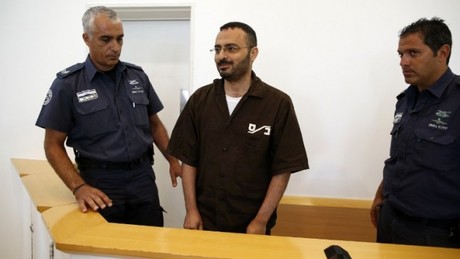 An Israeli court on Sunday postponed a hearing for a U.N. worker accused of aiding the Islamist movement Hamas after a dispute over whether he should be immune from prosecution.

His lawyer Lea Tsemel said the 38-year-old was innocent and that they had requested more time to be able to prove it. Borsh declined comment when approached by AFP.

The hearing was rescheduled for September 29.

The engineer from Jabaliya in northern Gaza who worked for the U.N. Development Program (UNDP) was arrested on July 16.

He was accused by Israel of being recruited by a Hamas member to "redirect his work for UNDP to serve Hamas' military interests."

He was charged with diverting 300 tonnes of rubble from a UNDP project in the Gaza Strip, run by Hamas, to build a jetty for the Islamist movement's naval force.

After reviewing the charge sheet, the UNDP challenged Israel's allegations and said Borsh diverted the rubble under instructions from the Palestinian Authority.

U.N. officials have argued that Borsh, as a U.N. employee, may qualify for immunity from prosecution and have requested that they be allowed to visit him in jail.

They have also called for his release into U.N. custody until they can determine whether they should press for his immunity.

Israel has rejected claims Borsh can benefit from immunity, saying "whoever assists a terror organization cannot hide behind a claim of immunity."

Israel and Palestinian militants in the Gaza Strip have fought three wars since 2008.

More than two-thirds of the population of the enclave -- which Israel has blockaded for a decade -- are reliant on some form of aid, according to the United Nations.