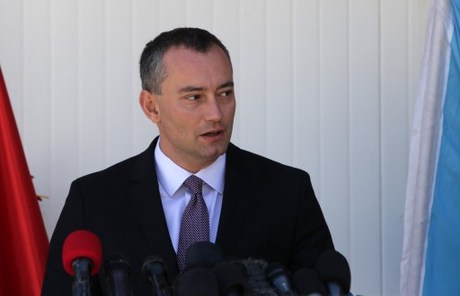 Both Lieberman's office and U.N. officials, contacted by AFP, declined to comment on the report.

An official in Mladenov's office said the envoy would be in New York on Thursday for a U.N. Security Council meeting.

"This action, reportedly taken in response to the special coordinator doing the job we all asked him to do, is deeply counter productive," he said.

"Its recommendations continue to be ignored, including by a surge in Israeli settlement-related announcements and continuing demolitions," Mladenov told the Security Council.

The Quartet report was to serve as the basis for reviving the Israeli-Palestinian peace process that has been at a standstill since a U.S. initiative collapsed in April 2014.

There has been growing alarm that the construction of Jewish settlements on land Palestinians see as part of their future state is killing off prospects for a peace deal based on a two-state solution.

Since July 1, Israel has advanced plans for more than 1,000 housing units in annexed east Jerusalem and 735 units in the West Bank, Mladenov said in August.

Prime Minister Benjamin Netanyahu, who says he still supports the two-state solution, has rejected such criticism, defending the building of settlements by pointing to Jews' historic connection to the land.

A boycott would likely particularly affect Mladenov's discussions with the Israeli defense ministry unit known as COGAT that implements government policies in the Palestinian territories.

President Clinton has denied any knowledge of Israel's actions.

What year are you living in? "President Clinton"?