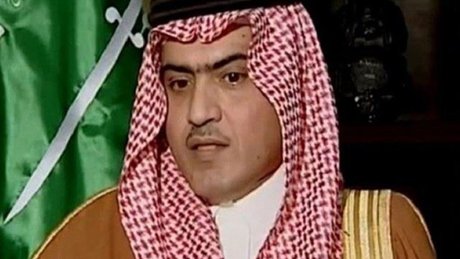 Saudi Arabia's state minister for Gulf affairs will visit Lebanon in the coming days and will express the kingdom's support for the presidential initiative of al-Mustaqbal Movement leader ex-PM Saad Hariri, a media report said on Wednesday.

“The postponement of the visit of State Minister for Gulf Affairs Thamer al-Sabhan is solely linked to (Speaker Nabih) Berri's return from Geneva and Riyadh's envoy will express to Berri the kingdom's support for Hariri's initiative,” Mustaqbal Movement sources told al-Akhbar newspaper.

“The Saudi envoy will carry suggestions aimed at resolving the obstacles and lowering the level of opposition that the speaker has showed against the agreement between Hariri and (Free Patriotic Movement founder) General Michel Aoun,” the sources added.

Media reports have said that the “real battle” will only begin after Aoun's election as president in the October 31 session and that some parties will not facilitate the formation of a government led by Hariri.

Aoun was tipped to become president after Hariri formally endorsed him on Thursday.

Berri has voiced concerns over the Aoun-Hariri agreements that preceded the endorsement while openly declaring that his bloc will “vote against Aoun” and that it might “join the ranks of the opposition.”

I would sincerely recommend to watch this documentary, when the authorities live in ivory towers disconnected from the people , the people sooner or later they will react.
I hope that the Lebanese feudals will realise this.
https://www.youtube.com/watch?v=-SP4iii_THQ

To start a partnership based on the principle " the enemy of my enemy is my partner" will never be sustainable, in the long run it is doomed to fail. Unfortunately that is the sad story in the Lebanese politics; the irony is that the real victim is the population and not the unworthy politicians, on the other hand " c'est le peuple qui fait le roi ".

I have always said the Kingdom of Saudi Arabia never vetoed General Aoun and everything it did was for the benefit of all Lebanese regardless of their affiliations. It is the Kingdom of kindness and good will.

Thank you Al Saud for supporting our General.

are you and joesphani brothers?

he is another Christian wannabe:)

the wahabi state let down the Lebanese army,
the Saudis Withdrew their assets from Lebanon,
they suggested to limit the diplomatic representation,
they advise their citizens not to travel to the country.

with all these hostilities, they have no shame visiting the country with pretext of supporting the election of the president, glad that he is not Ja3ja3.

btw: it’s hard to trust someone whose actions doesn’t meet his words.

1)the wahabi state let down the Lebanese army
but you always said there was no grant to start with.

2) the Saudis Withdrew their assets from Lebanon,
but you always said yo did not need their investments

3)they suggested to limit the diplomatic representation,
but you always said they are not welcome and should get out of Lebanon

4) they advise their citizens not to travel to the country,
but you always said they are not welcome and chanted "death to al saud"

you shias are really strange creatures.

lol @ half.disclosure
you creamed and greased this shia troll.

so when in every comment of yours you mention "wahabi" "salafi", etc. these are secular comments and not sectarian.

You and your likes are a disgrace to the shia community.