A Guide to Presidential Elections in Lebanon 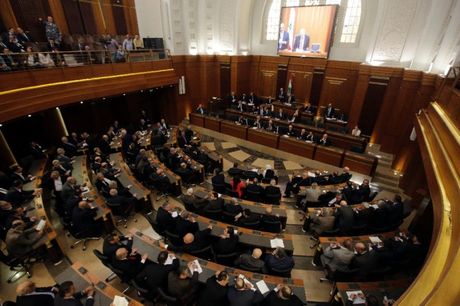 Lebanon's parliament is set to end more than two years of stalemate on Monday by electing a new president for a non-renewable six-year term.

The post is always held by a Maronite Christian under a power-sharing agreement dating back to independence in 1943.

According to the same deal, the head of parliament is always a Shiite Muslim and the prime minister a Sunni Muslim.

The president plays the role of a referee, but his power has been limited in a system based on a delicate balance between Lebanon's different communities.

Speaker Nabih Berri has summoned lawmakers on October 31 for the vote, which will go ahead if a quorum of two-thirds is reached.

The only Christian head of state in the Arab world saw his powers curtailed after the 1989 Taef agreement to end the 1975-1990 civil war.

Under the accord, which sought to balance power between Lebanon's Christian and Muslim communities, the president can no longer appoint and dismiss the prime minister or dissolve parliament.

He names the premier after consulting parliament.

The president heads the armed forces, but these also come under the authority of the cabinet.

He negotiates international treaties along with the prime minister, but these also need approval from government.

He presides over cabinet meetings and can introduce an urgent matter to be discussed, but does not take part in any cabinet vote.

If the premier agrees, the president can convene an extraordinary cabinet meeting.

Forming a cabinet once elected, the president names a prime minister who is tasked with consulting Lebanon's different political parties to form a cabinet.

As the constitution does not specify a timeline for this, it took the best part of a year before Prime Minister Tamam Salam's cabinet was finally approved in March 2014.

But the parliament does have to hold a vote of confidence in the new cabinet within 30 days after the line-up is announced.

A president will be elected ,and the name is irrelevant ;why ? because nothing will change, business as usual will continue ( corruption, feudal, hypocrisy , dictatorship, and population divided and lives in misery.) reason ? population is not united , Lebanon is not a nation ; the population is brought up , educated and conditioned to distrust anyone with different opinion and specially with different religion. As long as religion is in politics , names of future politicians may change, but todays problems will not.

The shelf life of present political figures, whether politically or physically, will expire one day; we have seen similar figures in the past, and heard the same rethorics . Unfortunately , in the future we will see again same style of rhetorics from future politicians ; the reason is very simple: it is the Lebanese political system and its constitution ,both created a fertile soil and a nursery in cloning such destructive politicians and the root cause of discrimination and inequality among the population. A precondition for sustainable democracy is equal rights for its people , a precondition that the people of one country are united as one nation serving one flag is equal rights no matter what their religion or ethnic background. Let's hope one day the people of Lebanon will finally be convinced...

No one can deny that Ebola is a disease destroying Lebanon.

October 30, 2016 is a sad day for Lebanon!
I do feel better that the 2.5 years of deadly vaccum at the top of state will be over, however my instinct tells me that today will mark the beginning of the end of the Lebanese Republic. I hope I will be proven wrong, but having a lunatic man as president is hardly re-assuring!!!