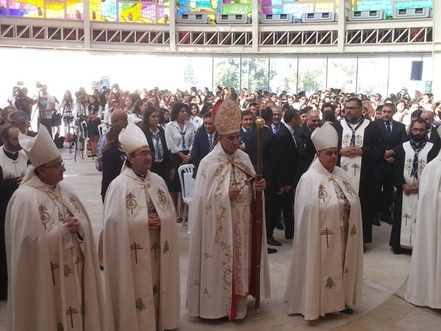 Maronite Patriarch Beshara al-Rahi called Sunday on the political blocs to “speed up the formation of the new government” after the election of a new president on Monday.

“We urge the political blocs to speed up the formation of the new government and not to obstruct the process,” said al-Rahi during his Sunday Mass sermon.

“The current challenges are huge and numerous, topped by building national unity and achieving national reconciliation,” he noted.

The patriarch also called on the next president and premier to “cooperate with competent, impartial and trustworthy employees who would spare the executive authority paralyzing conflicts and partisan and sectarian tensions.”

“They must control the work and hierarchies of state institutions, eliminate the corruption that is rampant in most of them, and boost economic development in all sectors,” he added.

Aoun is poised to be elected president during a parliament session that will be held at noon Monday.