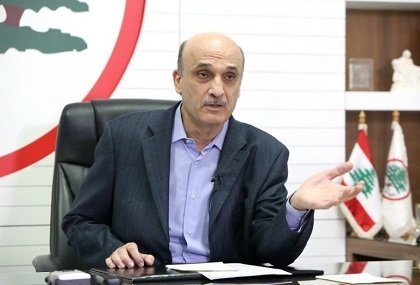 Lebanese Forces Party leader Samir Geagea warned against any delays in forming the government during the new presidential mandate, noting that “such a delay would signal the mandate's end before it actually begins.”

Geagea anticipated that the upcoming new government should be formed within four weeks “shall agreements exists,” among the political parties, he said in an interview to the NTV station.

He urged the new cabinet to be “a government before anything else” and to be “homogeneous and compact, without any opposing member.”

He also stressed on the “existing understanding with the Free Patriotic Movement over a complete partnership, in good times and bad.”

“Today and tomorrow should be days of congratulations and joy, and moving on to a better stage,” he concluded.

Lebanon's parliament is poised to elect former general Michel Aoun as president on Monday, after a dramatic shifting of alliances ended two years of political stalemate.

Lawmakers will convene at noon for their 46th attempt to elect a president but the first expected to actually produce a result.

I want to thank jaja and the kingdom of goodwill and the illegal parliament for electing my favorite 100% made in Lebanon president.

you are right as usual :)
"Berri Says Aoun, Hariri Seeking to End 'Partnership with Shiites"

So, according to @libanobrasil only Maronite Christians are Lebanese and Sunnis and Shiites should be stripped of their citizenship. Disgusting how you have learned nothing from the Civil War