Hariri and Aoun in Agreement on Cabinet Formation 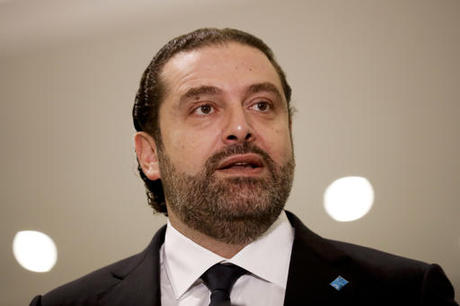 Prime Minister-designate Saad Hariri stressed on Monday that there are no disagreements between him and President Michel Aoun on the process of lining-up the new cabinet.

“We are in agreement with the President on everything. There are only some difficulties,” said Hariri after meeting Aoun at the Baabda Palace.

Following the election of Aoun in October, Hariri was designated to form a cabinet.

Although hopes rose that a cabinet could be formed before Independence Day, but efforts seem to stall in light of the political parties' adamant demands to be given specific portfolios in the future cabinet.

Go and ask "them", obviously he is referring to Berri who with the blessing of Hezbolla has been tasked with: 1.Keeping the shiah-population under their monopoly 2.Deviding the christians by making silly demands on behalf of Marada and Kateeb

agree, but "an enemy of my enemy is a friend of mine"