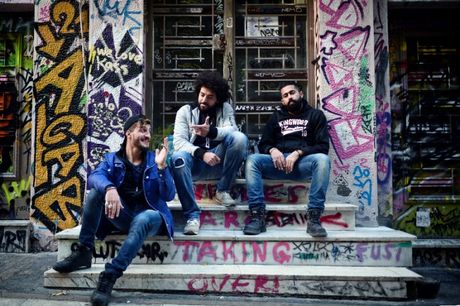 As the battle for Aleppo enters its final phase, Syrians now living in Greece feel utterly consumed by the human cost of the four-year rebel fight for the traumatised city.

"For these years, Aleppo was free," says Majd Ahmad, a 26-year-old, currently living in a squatters apartment in the bohemian Athens district of Exarchia.

"We fought for the revolution and now everything is collapsing. Every person who wanted more liberty in Syria is either dead or had to flee."

Having arrived in Greece nine months ago, like the majority of the 62,000 exiles stuck here since the closure of the country's northern borders, Ahmad feels helpless.

"What was the purpose of our fight?" asks the former university student, exhaling the smoke of one cigarette before lighting another, while scouring his smartphone for the latest news updates.

"I have lost so many loved ones. I do not want to lose more."

Syrian President Bashar al-Assad's forces now hold more than 90 percent of the onetime opposition stronghold of east Aleppo, and appear on the verge of retaking the entire city.

Its fall would deal the rebels their worst defeat since the beginning of Syria's conflict in 2011, and leave the government in control of the country's five major cities.

"I cannot describe my sorrow," says another exile, a 24-year-old former student now in Athens speaking under the pseudonym of Abu Habib.

"My entire city has been destroyed, so many children died, and for what?" says Habib, who fled Syria to avoid forced conscription.

The rebels seized control of east Aleppo in 2012, a year into an uprising that began with anti-government protests but spiralled into a civil war after a regime crackdown.

An estimated 120,000 people have fled rebel-held districts, many heading towards displacement centres in government-controlled areas to the west.

In the three-week assault by the Russian-backed Assad's forces to retake east Aleppo, the country's biggest city, observers described air strikes and regime rocket fire so intense that windows in the west rattled.

Many crushed under rubble have been left to die because rescue crews cannot reach them.

- 'Pray to stay alive' -Lodged in squats or flats rented by the UN refugee agency, the young men in Athens spend most of their time on Twitter and Facebook, trying to stay in touch with loved ones in the city.

"My grandparents and cousins are still in the city," says Habib.

"They cannot go out, they are running low on food and medicine and each time they hear a plane fly overhead they pray to stay alive," he adds.

Abu Rmosh -- another pseudonym -- lost his wife and two children, aged one and three, in the bombardments.

After having fled the country to escape forced military service, the 30-year-old regrets leaving his parents and other relatives behind.

"I lost everything. My family, my life," the blue-eyed Syrian says, adding that there was "no sense" in the fight for Aleppo, with both sides guilty of killings and theft of humanitarian aid.

Like many fellow Syrian refugees, Abu Rmosh is also seething at the apparent inaction of the international community.

"Why did the United States and other great powers allow a massacre of this scale to happen," he asks.

Radoslaw Rzehak, UNICEF's field office chief in Aleppo, estimates that half a million children in Aleppo need some kind of psychological and social support, including 100,000 who need more specialised assistance.

"I have never seen in my life such a dramatic situation (as) what is happening to children in Aleppo," Rzehak, who has been working for UNICEF for the past 15 years, told AFP.

Some Western observers say the fall of Aleppo will be a pivotal turning point akin to Stalingrad in World War II, while others question whether Assad can still prevail in a country where he is widely despised.