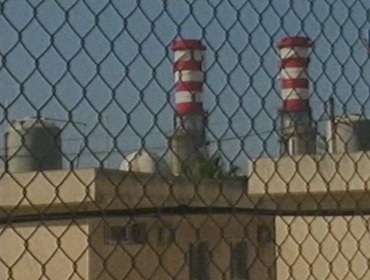 Operations have resumed at the Zahrani electricity plant, which will return to its full capacity starting Monday morning, Electricite du Liban announced Sunday, after media reports said contacts between Premier Najib Miqati and Speaker Nabih Berri had managed to resolve the crisis.

“Today, Starting 1:00 pm … work began to gradually reconnect the Zahrani plant to the grid, which will become fully functional Monday morning … should no technical problems arise due to the forced and sudden suspension of production units for around 48 hours,” EDL said in a statement.

“On December 2, 2011, the institution sent a warning to the Malaysian firm YTL, which runs the plant, holding it responsible for the situation -- given that the employees who forced the shutdown of the plant are under its authority – and asking it to take the measures necessary to resume operations in the plant,” EDL added.

The company also sent memos on the same date to the ministries of interior and defense, asking them to provide protection for the plant and its operations in order to secure power feed to the citizens, it said in the statement.

EDL stressed that it would follow up the issue with the relevant authorities “to prevent the recurrence of this dangerous precedent and the jeopardizing of any of the facilities of the company, which is a public institution providing a vital service to all Lebanese citizens.”

EDL’s announcement came after workers suspended their protest that led to the shutdown of the Zahrani power plant, according to media reports.

Electricite du Liban had said the shutdown occurred on Friday in protest at the transportation of a major MVA power transformer in the plant from Tyre to Sidon.

Many areas across the country experienced blackouts over the weekend because the plant provides 35 percent of the country’s electricity supply.

But MTV said that the power plant will resume operations starting Sunday night.

The federation of Zahrani municipalities and officials in the area had earlier held a meeting at Berri’s office in Msaileh.

They urged the plant workers syndicate to “immediately suspend the strike and resume operations.”

The conferees said they have received promises from officials and EDL to reinstall a transformer that meets the electricity needs of the region.

Miqati’s sources confirmed to Voice of Lebanon radio station (93.3) that power would gradually return to the South and the areas that were affected by the outages.

They said the workers suspended their strike after the premier came up with a plan that would be implemented to resolve technical and administrative problems.

resolved? no incrimination? no penalty? then it will happen again..... and again....

Where are the Aounists?? They are in charge of the electricity. Not to mention if the Shia paid their share there would be no problem.