Aude Says Women Should Constitute 'Half' of Cabinet 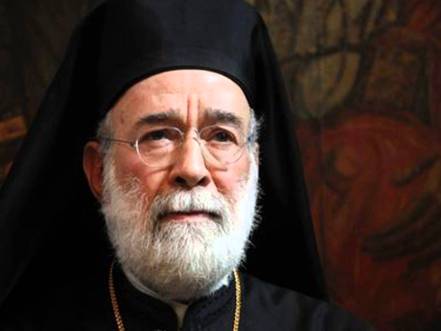 Greek Orthodox Metropolitan of Beirut Elias Aude on Sunday announced that women should have constituted “half” of the new government that was formed last week.

“We hope women will be regarded as citizens with full rights and duties, which means that they must shoulder responsibility alongside men, not behind them, in state institutions and in parliament and Cabinet,” Aude said in a sermon during Christmas Day mass.

“It's about time we saw in our parliament dozens of women MPs, in order to become equal not only with the European countries but also with some Arab countries that have outpaced us,” Aude added.

“We hope women will be given several portfolios, and why not half the portfolios of Cabinet,” the metropolitan went on to say.

Lebanon formed a 30-member government last Sunday with only one woman among its ranks, State Minister for Administrative Development Enaya Ezzeddine.

The appointment of a man for a newly-created portfolio, state minister for women's affairs, has raised eyebrows in Lebanon and abroad.

I'm sorry. He should know that the unwritten agreement that rules Lebanon specifies "warlords", not "warladies". The very idea is ridiculous.

A very good idea whose time is long overdue

"rofl poor delusional audeh doesnt realize that women simply are not that interested into politics" <--- that says it all.
No comments.

I feel you Audi. Why the women minister is man?