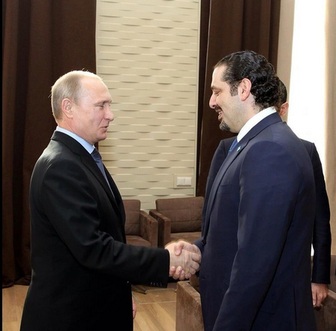 Russia is likely to give Lebanon a helping hand in finding a new parliamentary electoral law format acceptable by all political parties, to save the country from “sliding into a political crisis,” al-Akhbar daily reported on Monday.

“Moscow will possibility make a move to help (Lebanon) find a format for a new electoral law acceptable by all forces, to avoid potentials of a political crisis that could open the door on an exposed security situation in Lebanon,” sources told the daily on condition of anonymity.

Moscow is one of many other countries that call for staging the elections in Lebanon based on a new law, said the daily.

However, the sources stressed that the Russian Embassy in Beirut is weighing “the best vision for an electoral law that suits a diverse country like Lebanon.”

“Theoretically, adopting proportionality based on a single electoral district is the most appropriate, because groups who do not have the opportunity to be represented in the parliament will eventually become radicals,” they noted.

While al-Mustaqbal Movement has rejected that the electoral law be fully based on proportional representation, arguing that Hizbullah's arms would prevent serious competition in the party's strongholds, Druze leader MP Walid Jumblat has totally rejected proportional representation, even within a hybrid law, warning that it would “marginalize” the minority Druze community.

Hizbullah, Mustaqbal, AMAL Movement, the FPM and the Lebanese Forces are meanwhile discussing several formats of a so-called hybrid law that mixes proportional representation with the winner-takes-all system.

How come all the dicktators wants to help us with the election?
He probably wants to do like is his dysfunctional country. Putt the hidden sheik on top and kill or jail the opponent.

if they complain, they would be punished till death in a public square... apparently this Saudi patriot10 is happy with that, live like sheeps under Wahhabi rules.

are you still atheist or you switched back to your default wilayat al faqih ideology?

_mowaten_ is the modern day version of Joseph Goebbels who said “ “If you tell a lie big enough and keep repeating it, people will eventually come to believe it."

Al Akhbar is as credible as when mowaten of iran says he is lebanese, secular, and has only one account.