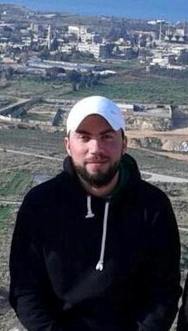 A Palestinian man wounded during Wednesday's armed clashes in Tripoli's al-Beddawi Palestinian refugee camp in north Lebanon, has succumbed to his wounds, the National News Agency reported on Thursday.

NNA said the victim, identified as Nemr Sh., was wounded during an armed fight and transported to al-Qobbeh Hospital in Tripoli a day earlier has died on Thursday.

Later during the day, NNA said the camp's joint security committees handed over to the army intelligence a suspect believed to have relations to the shooting.

It said he is accused of opening fire at the deceased during the clashes.

On Wednesday, three people were wounded when a personal dispute escalated into an armed clash at al-Beddawi.

The wounded were transferred to hospitals in Tripoli for treatment as the camp's joint security committees were trying to contain the situation, NNA had said.

A state of anxiety and tension engulfed the camp.

This is why we need to free Palestine.