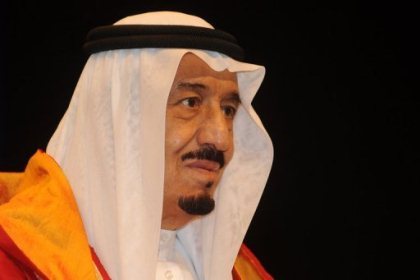 Saudi Arabia on Saturday named an air force pilot son of King Salman as ambassador to its major ally Washington, with which ties are improving under President Donald Trump.

The change came among a series of orders issued by the king, who shuffled his cabinet, restored civil service benefits, and replaced the head of the army which for two years has been fighting rebels in neighboring Yemen.

Prince Abdullah had served for just over a year, according to the website of the Saudi embassy in Washington.

The United States and Saudi Arabia have a decades-old relationship based on the exchange of American security for Saudi oil.

But ties between Riyadh and Washington became increasingly frayed during the administration of president Barack Obama.

Saudi leaders felt Obama was reluctant to get involved in the civil war in Syria and was tilting toward Riyadh's regional rival Iran.

The Saudis have found a more favorable ear in Washington under Trump, who took office in January and has denounced Iran's "harmful influence" in the Middle East.

Washington provides some logistical and intelligence support, as well as weapons, for the Saudi-led coalition in Yemen.

The kingdom also belongs to the U.S.-led coalition against the Islamic State group in Iraq and Syria.

Ansari, whose committee is a private initiative to strengthen Saudi-US ties, described Prince Khaled as a "very organized personality, savvy, youthful, and active."

Another son of King Salman, Deputy Crown Prince Mohammed bin Salman, 31, is second in line to the throne and is one of the kingdom's most powerful figures.

He holds the post of defense minister and is pushing a wide-ranging social and economic reform program.

Among other orders issued by King Salman, the head of the army Lieutenant General Eid al-Shalwi was removed. Fahad Bin Turki was promoted to replace him.

The army is helping to defend Saudi Arabia's southern border from rebel incursions but analysts say that, in Yemen itself, coalition troops from the United Arab Emirates have the most prominence in ground operations being conducted with local forces.

Saudi Arabia leads the air campaign but after two years of coalition intervention analysts say Yemen is more unstable than ever, and one called it a "quagmire."

Saudi military personnel in the Yemen operation will receive a salary bonus of two months, the king also ordered, despite a budget deficit forecast to be $53 billion this year following a collapse in global oil prices since 2014.

The salaries of other civil servants were frozen last year and benefits curbed, while the government cut subsidies and delayed major projects.

Salman on Saturday ended the restrictions on compensation for state workers because he is "keen to provide comfort to the Saudi citizens," a decree said, as the kingdom prepares to increase electricity and other prices.

Salman fired Minister of Civil Service Khaled al-Araj, who will be investigated by a committee of the Royal Court.

The Arab News reported late last year that Araj was under investigation by the kingdom's anti-corruption commission for the alleged "irregular hiring" of his son.

In other changes, Salman dismissed Minister of Information and Culture Adel al-Turaifi and replaced him with Awad al-Awad.

The king changed some regional governors, along with numerous senior bureaucrats including the head of the General Authority of Sports as the kingdom tries to provide more athletic activities for its people.

Under the reforms being directed by the Deputy Crown Prince, Saudi Arabia is trying to make government operations more efficient and officials more accountable.

It's going so bad for him in Yemen, that he had to fire his Army commander.

It is the Saudi army that is weak, they have a crooked King and no battlefield experience.
How do you fight with morale when you have a King that never fought a battle in his life.

stfu and stop being a total filthy scumbag driven by shia hatred for everything sunni.

Because I despise your crooked king, It is sunni hatred? Go to hell with you.

What did he ever do for the Sunnis of palestine?

is your ayatollah crooked?

"It's going so bad for him in Yemen, that he had to fire his Army commander."

lol do you troll ever read any news that is not fabricated by your hizb.

What did anyone ever do for Palestine? Nothing! The King is a corrupt Zionist tool who's a disgrace to his faith. Yemen war is a crime. But criticizing the Saudi king and not Assad regime that's just as crooked is hypocritical.

Yemen war is a crime but your huthis massacres and taking over Yemen militarily is a not a crime but a humanitarian act.

You are a hypocrite. !

Houthis aren't innocent but what in the hell did bombing the country to oblivion achieve? Not a damn thing. It made things 10x worse than they were. It's no solution

what is it to you if he is corrupt? if you are lebanese should you not be concerned with the corruption of hezbollah and its arms and drugs business?

Yes I agree. Of course we should be concerned with Hizb corruption just like any other.