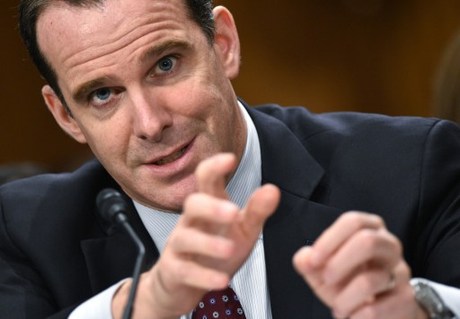 The U.S.-led coalition battling the Islamic State group is building a database of foreign fighters to track jihadists returning from Iraq and Syria at home, a senior U.S. official said Thursday.

Brett McGurk, the White House envoy to the anti-IS coalition, told an Israeli security conference the effort aimed to help prevent attacks like those recently carried out in Europe.

"Our coalition is building a global database of foreign fighters, through information-sharing networks and Interpol, to ensure that anyone who fought with ISIS in Syria and Iraq can be identified in either routine traffic stops, border entry points or in the course of routine police work," McGurk said.

Speaking at the annual Herzliya security conference near Tel Aviv, McGurk said the coalition was also having success in preventing more foreign fighters from joining IS, also known as ISIS or Daesh, in Syria.

"On foreign fighters we've largely halted the flow into Syria from Turkey; from hundreds a week to now a handful at most a month," he said.