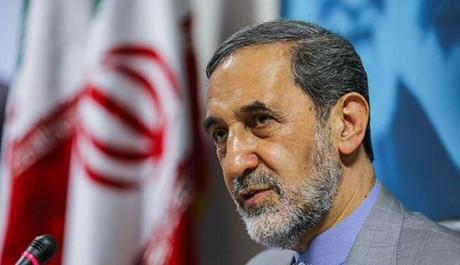 “Iran protects the stability of Lebanon and its government and welcomes its independence,” said Velayati from the Grand Serail where he met the Premier.

“We commend the recent victories of Lebanon against corruption and we congratulate Lebanon, its people and PM Hariri," he added.

“We wish Lebanon lasting success and the formation of a coalition government that will be a success for the Lebanese people,” he went on saying.

“Lebanon's victory against terrorism is a victory for us all, as is the case in Syria. Terrorists are supported by the Zionists and the Americans, the victory of Iraq against the separatist movement is another aspect of these victories,” noted Velayati.

"Stability on the terms of Iran" he forgot to say...

Why do you think the U.S delivers bad weapons to the LAF?
They will never send anything that could endanger Israel, only low range weapons that can hit a few salafis in the mountains and barrens.

Because the U.S knows that the LAF is ordered to defend if Israel attacks Lebanon.

I'm going to write it more clearly for you now.
Israel wants a new confrontation with Hezbollah, yes we all know that it will happen.
You also realize we have a new government, and a new President.
The system is that in the end, the Christian President have a say say in LAF actions.

If Israel attacks Lebanon again, the LAF will have to defend Lebanon, that is the order for all soldiers, not an evacuation team is in 2006.
Next time LAF and Hezb will fight side by side if Israel attacks Lebanon. A few shipments are lost here and there, but Israel is still nervous, they know our warriors are alot tougher now, than they were in 2006.

How is the Saudi Coalition war going in Yemen?

You mentioned Sanaa was on the edge of being taking by the Saudi coalition.

I wonder how the Iranians feel knowing they have Judaism in their very genes. Like I said, LOVERS, and just as inbred.