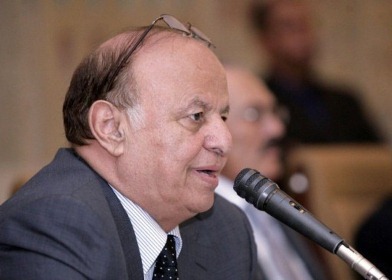 Yemen's President Abedrabbo Mansour Hadi has ordered his forces to retake Sanaa from Huthi rebels, an official from his office said Monday, as insurgents fight for control of the capital.

"The president has ordered Vice President Ali Mohsen al-Ahmar, who is in Marib (east of Sanaa), to activate military units and advance toward the capital," the source told AFP on condition of anonymity.

The order came as a three-year alliance between the Iran-backed Huthis and forces loyal to Yemen's strongman ex-president collapsed into gun battles in Sanaa.