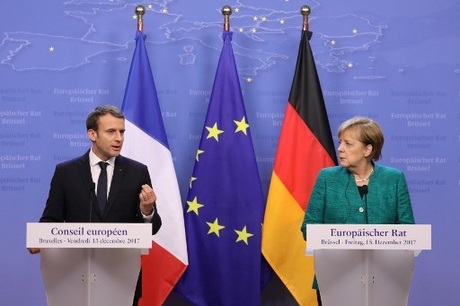 The leaders of Germany and France urged Russia Sunday to exert "maximum pressure" on Syria for an "immediate" implementation of a U.N. ceasefire in the war-ravaged country, Berlin said.

German Chancellor Angela Merkel and French President Emmanuel Macron stressed in a telephone call with Russian President Vladimir Putin "that it is crucial that the (U.N.) resolution be implemented quickly and comprehensively," Merkel's office said in a statement.

"They call on Russia in this context to exercise maximum pressure on the Syrian regime to achieve an immediate suspension of air raids and fighting."