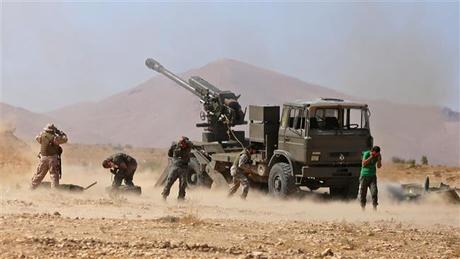 A Russian force that deployed on Syria's border with Lebanon has reportedly withdrawn and been replaced by Syrian troops.

The Lebanon-based Al-Mayadeen TV, which has reporters throughout Syria, says the Russian force withdrew Tuesday from the border area on the outskirts of the town of Qusair, a stronghold of the Lebanese Hibzullah group. Russia and the Iran-backed Hizbullah are both fighting alongside Syrian President Bashar Assad's forces.

Al-Mayadeen and the Britain-based Syrian Observatory for Human Rights said Russian troops had deployed to the area on Monday. Neither provided details as to why they left.

The rare deployment of Russian forces near the border came amid repeated Israeli warnings about Iran's growing military presence in Syria. Israel is widely believed to have been behind an airstrike on Qusair last month that killed and wounded Hizbullah fighters.