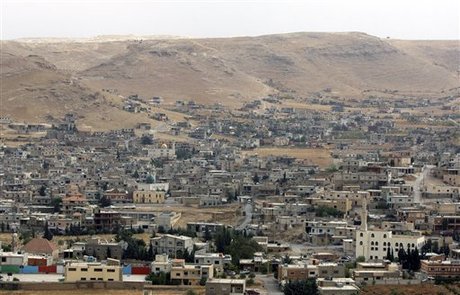 Several hundred Syrian refugees who fled the war ravaging their country and took refuge in the border town of Arsal are expected to return back to their hometowns in the Qalamoun Mountains located northeast of the Syrian capital Damascus.

A number of Syrian vehicles and pickup trucks had transported around 400 refugees from Wadi Hmayyed in Arsal --reportedly hosting around 61,000 displaced Syrians-- after having requested permission from the Lebanese and Syrian governments.

It's the first batch of refugees to return to Syria from Arsal.

A refugee managing the return of the refugees has registered the names of those willing to go home and delivered them to Lebanon’s General Security forces which in return completed the preparations,

He said only a few hundred have voiced the desire to go back to their hometowns, explaining that living in refugee tents and sheltering from the searing sun in summer and cold weather conditions in winter was difficult.

The repatriation comes amid a row between the Lebanese government and the U.N. refugee agency. Beirut accuses the agency of trying to discourage refugees from returning home, accusations the UNHCR rejects.

The refugees gathered in the Wadi Hmayyed area in Arsal, where a Lebanese security officer checked their IDs against a list, before allowing them to cross into Syria.

Most of those returning are farmers, some on pickup trucks and tractors.