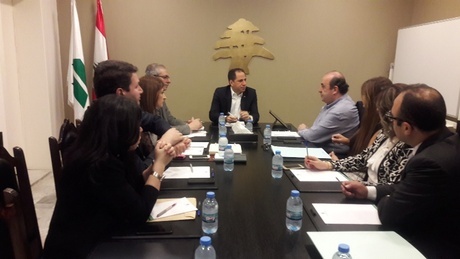 The Kataeb party said the delay in the formation of Lebanon’s Cabinet has a negative impact on the refugees crisis and urged for a “Russian mediation” between the Lebanese and Syrian governments in order to repatriate the displaced, al-Joumhouria daily reported on Thursday,

“Delay in the formation of the government reflects negatively on the required solutions for many crises, including the problem of displaced individuals in light of the failure of Lebanon’s constitutional institutions to develop an integrated project to resolve it,” a senior Kataeb source told the daily.

"The refugees crisis requires a state of political and diplomatic emergency and the mobilization of Arab and international potentials to help Lebanon cope with this dilemma," the source told the daily.

He reminded of Kataeb’s calls to “officially demand that Russia assumes the role of mediator between the Lebanese and Syrian governments to return refugees to safe areas in Syria that Russia is involved in supervising,” he said.