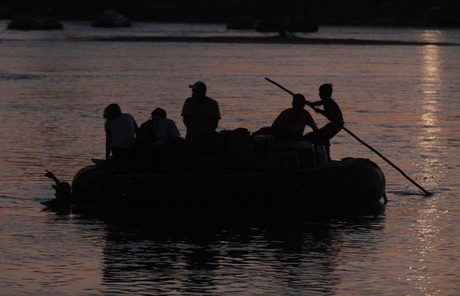 The EU said Friday it will give Bosnia 6 million euros to cope with an influx of migrants crossing the country in hope of reaching Western Europe.

The aid, which comes on top of 1.5 million euros already granted in June, is aimed at helping the poor Balkan country provide housing and other basic services to the thousands of refugees and migrants inside its borders.

The new fund should also help Bosnian authorities to boost efforts against human trafficking and strengthen border control, the EU's delegation in the country said in a statement.

More than 10,000 migrants have entered Bosnia illegally since January, according to the latest government figures, carving a new route through the Balkans.

"About 60 percent of these people, or a little more, have emerged" and crossed into Crotia, an EU member state, said Bosnia's Minister of Security Dragan Mektic.

The rest remain stuck in two northwestern Bosnian towns near the border, with little to no support from the government.

Many have been camping out in parks or abandoned buildings, while the Red Cross and local volunteers have been providing meals and other basic services.

Anger has been mounting in Bihac, one of the main hubs, over the government's poor management of the influx.

Many of the migrants are young men, hailing from Iran and Pakistan.

So far the influx does not compare with the hundreds of thousands of migrants who arrived in Europe via the 'Balkans Route' in 2015-16, fleeing war and poverty in the Middle East, Asia and Africa.

That trail, which mostly avoided Bosnia's mountainous terrain, was closed in March 2016.

Yet smaller numbers of people, seeking alternative ways, still cross the region to reach the EU.

In June Bosnia's Mektic accused the EU of refusing to finance a reception center in Bosnia's northwest because it was too close to their border.

But on Tuesday he said the bloc had agreed to "temporarily" fund a center until a better location could be found.

Another reception facility is being planned in a former military barracks in Hadzici, near Sarajevo, with support from The Council of Europe Development Bank.

The Czech Republic said on Tuesday it would provide an additional one million euros to help Bosnian police better patrol their borders.