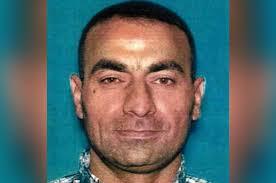 U.S. authorities have arrested an alleged Islamic State member and murderer who entered the country as a refugee, raising questions about the strength of the government's refugee screening process.

Omar Ameen, 45, was arrested Wednesday in Sacramento, California by the FBI's Joint Terrorism Task Force, three months after an Iraqi magistrate issued an arrest warrant charging him with the murder of an Iraqi policeman in 2014, the Justice Department said.

Ameen, from Rawah in Anbar province, entered the United States in 2014 after being granted refugee status, and recently sought permanent resident status by applying for a "Green Card" work permit.

But U.S. authorities now say that Iraq has identified Ameen as a member of two designated jihadist terror groups, al-Qaida in Iraq, and the Islamic State group.

They also says he shot dead a policeman in Rawah on June 22, 2014, a day after Islamic State fighter seized the city. That alleged murder is the basis of an extradition request from Baghdad.

Ameen's ability to enter the country as a refugee could lend support to President Donald Trump's controversial move last year to slash the number of refugees the United States admits annually.

But given the pace so far, the actual number of refugees to be admitted in fiscal 2018 could fall below 20,000: only 18,565 had been admitted as of August 10, according to Department of State data.