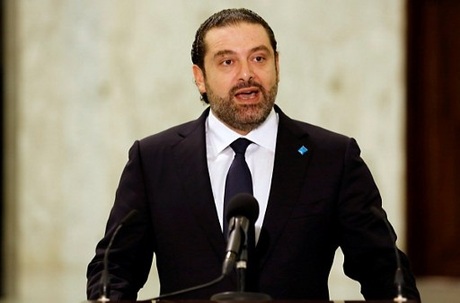 Prime Minister-designate Saad Hariri stressed Thursday that he cannot “forget” that two Syrian officers are accused of involvement in the deadly 2013 bombings that hit two mosques in the northern city of Tripoli.

“On the fifth anniversary of the bombing of the al-Taqwa and al-Salam mosques, we all stand by Tripoli. We won't forget its martyrs and we won't forget that two Syrian regime intelligence officers took part in the crime and are being tried in absentia before the Judicial Council,” Hariri tweeted.

The PM-designate's remarks come at a time of high tensions in the country over the issue of restoring full relations with Damascus.

On August 14, Hariri announced that the new government “will not be formed” should the pro-Damascus camp “insist on restoring Lebanese-Syrian ties.”

Pro-Hizbullah journalist Salem Zahran meanwhile announced that the PM-designate has told Hizbullah that his remarks were a “slip of the tongue.”

I have the utmost respect and deepest admiration for Prime Minister Saado Hariri for having a good memory.

If so, then you FORGOT to ask your partner Michele Aoun to request during his phone conversation with Assad yesterday to hand over the 2 syrian intelligence 'officers' who planned and executed this heinous crime.

Yes Syrian fascist, that's the same thing as murdering around fifty people in mosques. You are so clever.

judging by your avatar giga, it looks to be the same people who abused you when you were a child.

Oh, now I see why nobody questions the crazy Constitutional requirement that half of Parliament goes to "Christians" regardless of elections: nobody in Lebanon believes in law. You don't have trials, you already know who is guilty. Or you have someone else do your trials. If Israel wasn't next door with its racism under law, none of this would be tolerated.