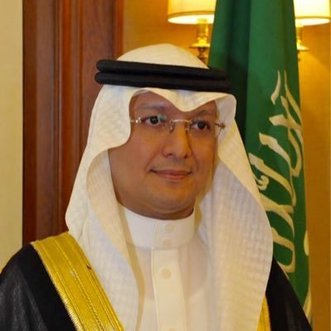 Saudi Arabia is reportedly set to appoint its Saudi charge d'affaires to Lebanon Walid al-Bukhari as the country's ambassador to Lebanon, al-Joumhouria daily reported on Saturday.

Al-Bukhari had replaced ambassador to Lebanon Walid al-Yaacoub back in March after less than three months in office. He headed the Saudi diplomatic team in Lebanon.

The Saudi move comes as “observers” noted the “words of praise” from UAE Ambassador Hamad al-Shamsi to PM-designate Saad Hariri during a tour on Friday to inspect development projects in Iqlim al-Kharroub.

“Apart from politics and diplomacy, the projects are coordinated with Prime Minister Saad Hariri. He best represents Lebanon, legitimacy and state institutions, of a country with 18 sects. He is the right man in the right place,” were Shamsi’s words said the daily.

Shamsi expressed hopes “that a government be formed soon to reflect Lebanon’s legitimacy and credibility to the countries of the world.”