Govt. Formation Negotiations Back to Square One 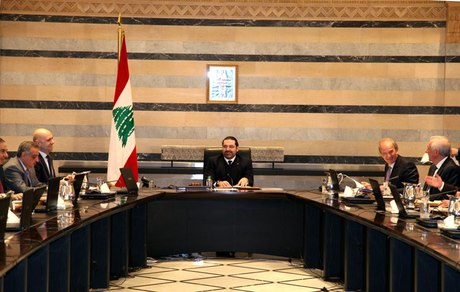 The strenuous government formation talks appear to have returned to square one following the reported progress of the past few days.

As the Lebanese Forces clings to the justice ministerial portfolio amid the rejection of the Free Patriotic Movement, which says it should be part of the President's share, the Progressive Socialist Party is insisting on keeping the education portfolio, rejecting that it be part of any bargaining.

The Marada Movement is meanwhile stressing that it should keep the public works portfolio.

“The FPM wants the justice portfolio, which further complicates the PM-designate's mission, seeing as there are six significant portfolios other than the sovereign portfolios, whereas seven parties are vying for them, which means that there is a need to deprive a certain party of one of them and compensate it with an important service-related portfolio such as social affairs,” Asharq al-Awsat quoted unnamed sources as saying.

“There will be no meetings in the coming hours or in the weekend between the PM-designate and caretaker Information Minister Melhem Riachi, who is LF leader Samir Geagea's pointman in the negotiations,” the sources added.

"Square One"! or Square zero.

because these politicians are worth nothing, zero

Set up a government of technocrats and experts, then as you come to agreements with the various warring parties, you can replace them with the politicians from party after party. The whole process may take up to two years, but at least you'll have an operating government whose members know what they need to do for the good of the country, not the party.

Of course it's back to square one.. Hassin made sure of it.. his speech on the eve of it's imminent birth blew a hole into all previous agreements.. "Hizbullah not interfering in distribution of portfolios, shares" he said.. demands that Frangieh get's the portfolio he wants.. but that's not all... also insists on "the free Sunni block" get a minister.. "the free Sunni block" is as legitimate as "the free Sunni of Baalbek brigade".. it was formed overnight by members of other blocks also demanding cabinet posts.. that's double dipping.. and double dipping is bad.. right George?..

Free Patriotic Movement, the justice ministerial portfolio should be part of the President's share

There's no such thing as the President's share. It's illegal and unconstitutional. How many times does he need top repeat this!