Bahia Hariri Says PM-Designate 'Not on a Retreat' in Paris 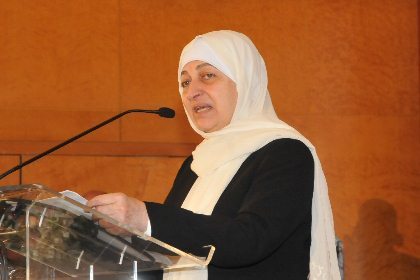 Prime Minister-designate Saad Hariri is “not on a retreat” in the French capital Paris, MP Bahia Hariri said on Monday.

“The PM-designate is not on a retreat and he is taking his time in the issue of (the cabinet) formation,” the lawmaker, who is also Hariri’s aunt, said.

“We’re full of hope that after President Michel Aoun’s remarks we will head towards a solution,” the MP added.

Hariri has been in Paris on a private visit since Thursday according to his office.

His departure after a last-minute hurdle delayed the formation of his long-awaited government has raised speculation that the PM-designate has left the country in protest at the current situation.

The new cabinet was on the verge of formation last Monday after the Lebanese Forces accepted the portfolios that were assigned to it but a row over the representation of pro-Hizbullah Sunni MPs surfaced.

Hariri has reportedly announced that he'd rather step down than give the MPs a seat from his own ministerial share.

Join him
Lebanon is better off without the Hariri family.

I respect religious women who are in politics.

Hariri is reportedly on his way to Saudi Arabia in several suitcases.