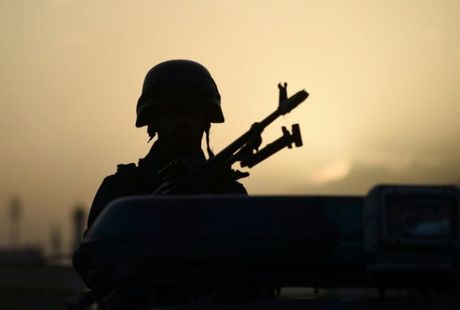 Afghan special forces were deployed Thursday to beat back Taliban fighters in a district heavily populated by minority Hazaras, that has raised fears of ethnic and sectarian violence.

The flare up in fighting in Afghanistan's restive southeast comes as the resurgent Taliban ratchet up attacks against Afghan security forces, which are suffering record-high casualties.

Heavy fighting in the Jaghori district of Ghazni province has been ongoing since the Taliban launched a pre-dawn attack on two checkpoints manned by local pro-government forces on Wednesday.

"The Taliban fighters have burned civilian houses, but we don't have precise information about the number of dead and wounded," provincial deputy police chief Ramazan Ali Mohsini told AFP.

Most Hazaras belong to the Shiite branch of Islam. The Taliban, which are Sunni and largely ethnic Pashtuns, have been accused of committing human rights violations against the group during their oppressive 1996-2001 rule.

Members of Afghanistan's elite special forces flew into the Jaghori district centre on Thursday and were "on their way to the frontline", President Ashraf Ghani's deputy spokesman said on Facebook.

The Taliban denied they were targeting "any specific race, ethnicity or sect", in a statement posted on their website.

The attacks were against the "Kabul regime and American hireling positions in Jaghori", spokesman Zabiullah Mujahid said.

Afghans took to Facebook to express concerns about the apparent deliberate targeting of Hazaras.

It could "result in horrible massacres if reinforcements do not arrive in time," Aziz Hussaini posted on the site.

"My dear Hazara brothers, until the security forces arrive, use anything you have at hand to defend yourselves."

The latest fighting comes after a days-long battle between Taliban fighters and a Hazara militia group in the central province of Uruzgan that reportedly sent terrified families fleeing into neighbouring Ghazni province.

On Wednesday night, the Taliban also attacked an army base in the border area between the northern provinces of Takhar and Kunduz.

A recent US government watchdog report said Kabul's control of Afghanistan had slipped in recent months as local forces made little or no progress against the Taliban, the country's largest militant group.

The escalation in violence comes as the Taliban show a tentative willingness to hold bilateral talks with the United States in Qatar.

The group also confirmed Tuesday they would send a delegation to an international gathering in Moscow on Friday that aims to kickstart peace talks between Kabul and the Taliban.