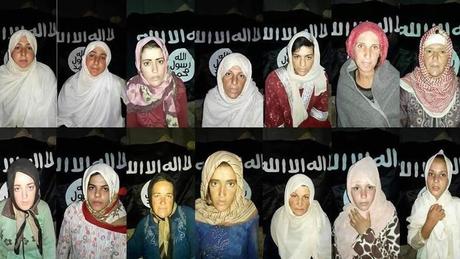 Syrian state media said Thursday the army has freed all remaining Druze women and children abducted in July from the southern province of Sweida by the Islamic State group.

The army "clashed directly with the IS terrorist organization, which had abducted women and children from the Sweida province," state news agency SANA said.

Government troops "were able to liberate all the 19 hostages... and kill the terrorist kidnappers," it added.

State television broadcast images of veiled women, boys and at least one girl surrounded by men in military uniforms near a white pick-up truck in a desert landscape.

It said the images were broadcast from the desert near the ancient city of Palmyra in the center of the country.

IS jihadists abducted around 30 people -- mostly women and children -- from Sweida in late July during the deadliest attack on Syria's Druze community of the seven-year civil war.

Nour Radwan, a journalist based in Sweida, confirmed the liberation but said the women and children were freed in a prisoner exchange deal.

"The freeing of the remaining hostages came as part of a prisoner swap deal, and today was the second stage of that deal," he told AFP.

Two women and four children were released last month in a first step of the same agreement that also saw women and children related to IS fighters freed from regime jails, he said.

The Druze community had been hoping for the return of 20 hostages, Radwan said.

"IS told the family of one of the female hostages that they had killed her but did not send any proof," he said.

"We're waiting for them to arrive in Sweida. If there are 19 of them then it means she really was killed," he said.

The jihadists executed a 19-year-old male student among the hostages in August and then a 25-year-old woman in early October.

IS said a 65-year-old woman being held by the group also died from illness.

Sweida province is the heartland of the country's Druze minority, which made up roughly three percent of Syria's pre-war population -- or around 700,000 people.