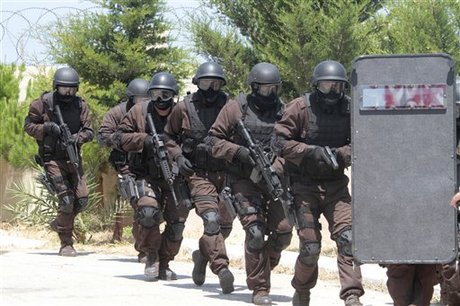 A private school in a coastal town in the Shouf district was evacuated on Thursday after an SMS bomb threat that turned out to be a hoax.

Security forces searched La Cite Nationale School in Barja, south of Beirut, after the principal said a secretary received an SMS warning about a bomb.

“We sent the students home,” he said.

However, a bomb disposal squad, backed by sniffer dogs, found no bomb.

The incident came a day after explosives were found in the parking lot of a business center in the southern port city of Sidon.

some kid didn't want to go to exam that day

all dressed up and nowhere to go! They look good but thats about it!

the zionists are speechless

persian mowaten is funny, cute, and always to the point! I read your quote 3 times thinking i was missing something, but i later realized it is your spiteful sectarian shia hate for the ex prime minister! You people were born like this and will perish worse than this.