Rahi: To Separate Political Solution in Syria from Refugee Return 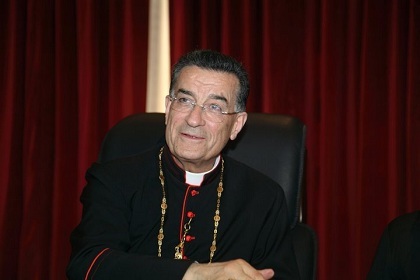 Maronite Patriarch Beshara al-Rahi on Wednesday called the international community to dissociate the political solution in Syria from the repatriation of Syrian refugees present on the Lebanese soil, the National News Agency reported.

“The international community must not link the return of displaced Syrians to a political solution in Syria. There is a pressing necessity that they return to their country,” Rahi said, noting that “it is a duty to protect Lebanon from the dangers of this heavy presence.”

Rahi’s remarks came during a conference on social welfare and religion in the Middle East, held at the Lady of the Mount Monastery in Fatqa.

Rahi maintained that "Lebanon dissociates religion from the state, yet it respects all religions and recognizes the principle of equal partnership between Christians and Muslims in ruling."