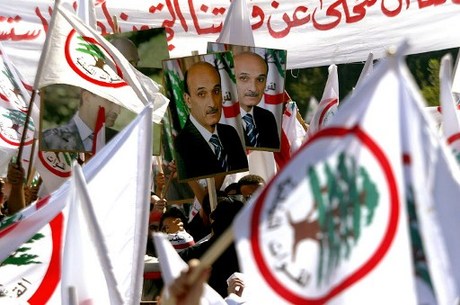 The Lebanese Forces on Saturday said that Hizbullah was not serious about its calls for fighting corruption and that it took the wrong road by targeting a specific political party and a specific phase.

“The fight against corruption should be a daily task, it should not be linked to a specific file that a particular political force must confront. This would rather be targeting a political team under a political title,” LF sources told the daily.

They were referring to the indirect corruption accusations fired by Hizbullah against Mustaqbal Movement ex-PM Fouad Saniora during his premiership between 2005 and 2009.

During the last cabinet meeting, “had Hizbullah been serious about corruption, it should have rejected, like we and the Free Patriotic Movement did, to grant the “six degrees,” (an adjustment for teachers’ wages amounting to 40 percent increase),” said the sources.

They added: “The six degrees violates the State Shura Council and the Civil Service Council decisions that affirmed it is not permissible,” because it would not be fair to everyone.

“Hizbullah’s performance at the first test in the cabinet was not in the desired form and indicates its lack of seriousness in the fight against corruption,” they added.

Unfortunately nobody is serious about fighting corruption in Lebanon. Its all lip service to the sheep that follow the politicians...

Only way to reduce corruption is to reduce the bureaucracy. Privatization is one of the keys of doing it. The less government ownership the less public employees, the less corruption. But alas you have political parties who are completely opposed to privatization.