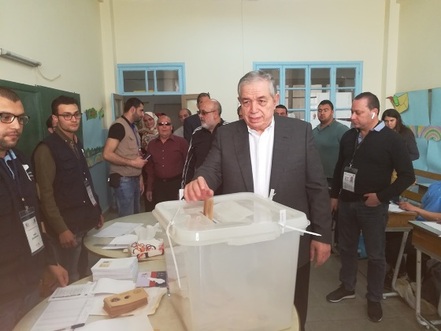 “In accordance with the provisions of Article 107 of the electoral law, we announce the final official results of the parliamentary elections that took place in the smaller constituency of the city of Tripoli on the basis of majoritarian electoral system. As received from the Higher Registration Committee, Dima Jamali has won with a total of 19387 votes,” announced Hassan from the ministry.

Tripoli’s by-elections were held after the Constitutional Council invalidated the parliamentary membership of al-Mustaqbal Movement candidate MP Jamali after an appeal submitted by rival Taha Naji.

With 12% voter turnout, sure she won.

...but what about the guy who initially challenged the results of last year's election result and forced the nullification so they can have another one? Is he happy now? is he going to dispute this again?wasted state funds and ended up with same result. What a disgrace.