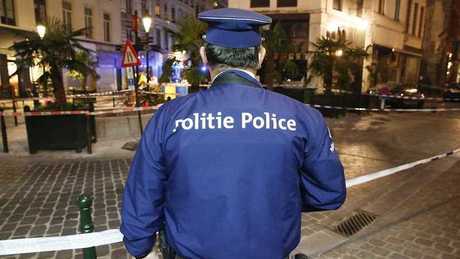 Belgian authorities on Thursday charged five  Palestinian men with the murder of a nine-year-old Palestinian boy at an asylum-seekers' centre near Belgium's northern port city of Antwerp.

Officials said the boy, who had been staying with his mother in the Broechem centre, went missing late on Monday before a search turned up his lifeless body in a ditch on Wednesday.

The Antwerp's prosecutor's office said the five had been charged with the boy's murder.

"The facts are qualified as hostage-taking and murder," the prosecutor's office in Antwerp said in a statement without confirming a news report the boy may have been kidnapped for ransom.

The accused are aged between 19 and 34, the prosecutor's office said, with spokesman Kristof Aerts confirming they were  Palestinian.

The boy's uncle, Bassem Chihadeh, told Flemish TV channel VTM he was found dead with "his hands and feet tied".

He suggested the child had been the victim of a kidnap for ransom attempt explaining that after he disappeared the family received a WhatsApp message demanding 100,000 euros ($111,000) .

The shocking case has drawn the attention of Belgian Prime Minister Charles Michel.

"An investigation will be conducted in a transparent and independent manner. The culprits must be punished," Michel wrote in a tweet earlier, offering his condolences after this "tragic death".

The boy, born in Lebanon but of Palestinian origin, had been staying with his 26-year-old mother in the Broechem asylum centre when he disappeared on Monday evening, Aerts said. He was last seen riding his bike.

A source close to the prosecution told AFP that statements that the accused have given investigators "are not clear" and none of them has confessed.

Belgium, a country of about 11 million inhabitants, receives about 20,000 asylum seekers annually, many of whom come from conflict areas in the Middle East, according to the Fedasil asylum seekers' reception agency website.