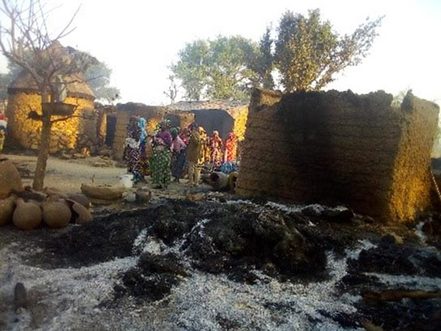 Armed men thought to be members of jihadist group Boko Haram burnt dozens of homes, shops and a church in an attack on the north Cameroon town of Goshi over the weekend, security sources and witnesses said Monday.

One assailant was killed, they said.

A group of about 100 men arrived in the town Saturday night, when most people were asleep, an inhabitant of Goshi told AFP.

The gang set alight 60 houses and 11 shops, as well as a church, according to local authorities.

Boko Haram's decade-long uprising to establish a hardline Islamic state in Nigeria's northeast, which has killed more than 27,000 people and left 1.8 million homeless, has spilled into neighbouring Niger, Chad and Cameroon.