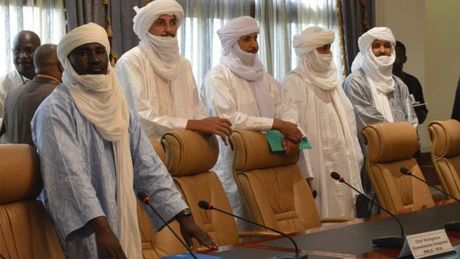 Islamic State jihadists in southwestern Niger have killed seven leaders of the Tuareg ethnic group in less than three months, as part of a strategy to create a political void in the region, officials said Tuesday.

Three traditional Tuareg chiefs and four senior Tuareg officials have been killed since late April by the Islamic State in the Greater Sahara (ISGS) in the volatile region of Niger on the Mali border, they said.

Arrisal Amdagh, a Tuareg chief in the rural district of Inates, was shot dead at his home in April, and his son Almoubacher Ag Alamjadi, who succeeded him, was killed on Monday, a Nigerien security source said.

Their deaths were confirmed to AFP by Defense Minister Kalla Moutari on Tuesday.

Four senior members of the tribe were killed by a roadside bomb as they were heading to the father's funeral, their relatives said last month.

In a separate incident in June, a traditional Tuareg leader in Bankilare district was kidnapped and killed, a local source said.

Niger, one of the world's poorest countries, lies in the heart of the fragile Sahel region, which is battling an Islamist insurgency.

Insurgent groups are active in the west and north of the country, spilling over from a long-running campaign in Mali, while Nigeria's Boko Haram is present in the country's southeast.

"The ISGS strategy is to kill traditional chiefs in the border areas," a security source told AFP.

"It's a way of voiding the area of an effective state presence, enabling you to move in and impose your law."

On July 1, 18 Nigerien soldiers were killed when jihadists struck an army camp at Inates, according to the defense ministry.

Niger is part of the so-called G5 Sahel group of five nations set up to manage a coordinated response to the jihadist insurgency in the impoverished region.