Bahrain Seeks to Rebrand after Long Years under Fire 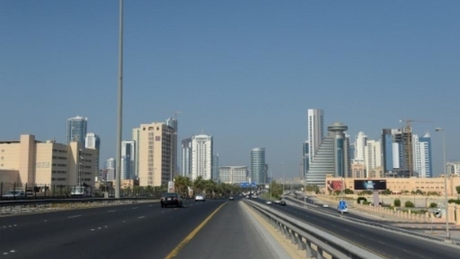 Sunni-ruled Bahrain seeks to rebrand itself as an open and tolerant state after long being criticised by international rights groups for its crackdown on Shiite protesters, experts said.

Shortly after hosting a US-led international workshop on the Palestinian economy, Bahrain announced last week it would host a global security conference following a series of incidents involving tankers in the Gulf.

The same day, the kingdom -- the smallest of the six Gulf countries -- made headlines when Israeli Foreign Minister Israel Katz said he had met with his Bahraini counterpart, Sheikh Khalid bin Ahmed Al-Khalifa, in Washington.

"The attempt to host international forums, such as the Palestine workshop, while reaching out to Israel, is an attempt to project tolerance and openness," Andreas Krieg, a professor at King's College London, told AFP.

"While the image of the liberal and open-minded Bahrain has taken a massive hit since 2011, it is now trying to return to an image of tolerance."

According to Simon Henderson, a researcher at the Washington Institute for Near East Policy, the meeting between Katz and Al-Khalifa -- whose countries do not have diplomatic relations -- "gets headlines" and "plays well" in Washington, which has strong ties to both Israel and Bahrain.

Located between regional rivals Saudi Arabia and Iran, Bahrain has been gripped by bouts of unrest since 2011 when authorities cracked down on Shiite-led protests demanding political reform.

All opposition groups have since been banned and disbanded, while hundreds of protesters have been jailed and almost 1,000 Bahrainis have had their citizenship revoked, according to rights groups.

"Bahrain has continued to demonstrate a zero-tolerance policy towards any dissent or opposition. Virtually all of Bahrain's religious and secular opposition members are in exile or behind bars," said Aya Majzoub, Bahrain researcher at Human Rights Watch.

"It is particularly concerning that Bahrain has now escalated its crackdown and began systematically targeting critical online posts too," she said.

"If there was any room –- no matter how small –- for speech or activism online before, that space is now rapidly shrinking."

But Bahrain has repeatedly denied taking discriminatory measures against its Shiite citizens and accused Iran of training and backing demonstrators to try to topple the Manama government.

He added that revoking citizenship has been a way to undermine sympathy for Iran but this policy "may be under review" following increased criticism.

In April, King Hamad ordered the citizenship of 551 Bahrainis be reinstated.

Two months later, an appeals court overturned a decision to strip the citizenship of 92 Shiites jailed for plotting to form an Iran-linked "terror" group.

But jail terms against those accused of "terrorism" were upheld.

According to Krieg, the image of tolerance that Manama is trying to project "is undermined by the ongoing oppression of civil society", especially Shiites.

It was the first public event to address Washington's long-awaited peace plan.

The meeting also came amid increased tensions in the Gulf, with Washington blaming Tehran for being behind a series of tanker attacks in and near the strategic Strait of Hormuz, charges Iran denies.

Bahrain said last week that it would co-host with the US a conference on "maritime and air navigation security", without giving a date.

Neil Partrick, a London-based Middle East analyst, said Bahrain was seeking to "enhance its security by making itself indispensable".

The security conference in Bahrain would be the first international gathering to discuss regional tensions that ignited in May 2018, when Trump unilaterally withdrew the US from a landmark 2015 nuclear deal.

"Bahrain wants international and regional allies to aid it against Iran, a risky strategy but one made easier when you host the US Fifth Fleet and a UK naval base," said Partrick.